Skip to the content
Dominion Voting Systems, the major vendor that is in charge of the US 2020 presidential election appeared to have many “glitches” during the election period, leading to the accusations of having software tampering by foreign actors, such as China, Iran, and maybe Russia.

The accusation of Dominion Voting Systems having ties with Smartmatic SGO is not without evidence.

On December 22, 2006, Smartmatic Corp., announced the sale of its subsidiary, Sequoia Voting Systems Inc., to avoid the U.S. government’s inquiry into Sequoia’s voting machines as they were manufactured by Smartmatic, which was accused to have ties with the Venezuelan Hugo Chavez regime.

The following paragraph is from Wall Street Journal:

“A federal investigation into possible ties between a U.S. maker of electronic voting machines and the Venezuelan government has ended after the company’s Venezuelan owners announced they will sell it.

“Smartmatic Corp. announced yesterday that it agreed to sell its subsidiary, Sequoia Voting Systems Inc., the third-largest supplier of voting equipment in the United States. Smartmatic, which was owned through a series of trusts by Venezuelan entrepreneurs, acquired the firm last year from a British company.” 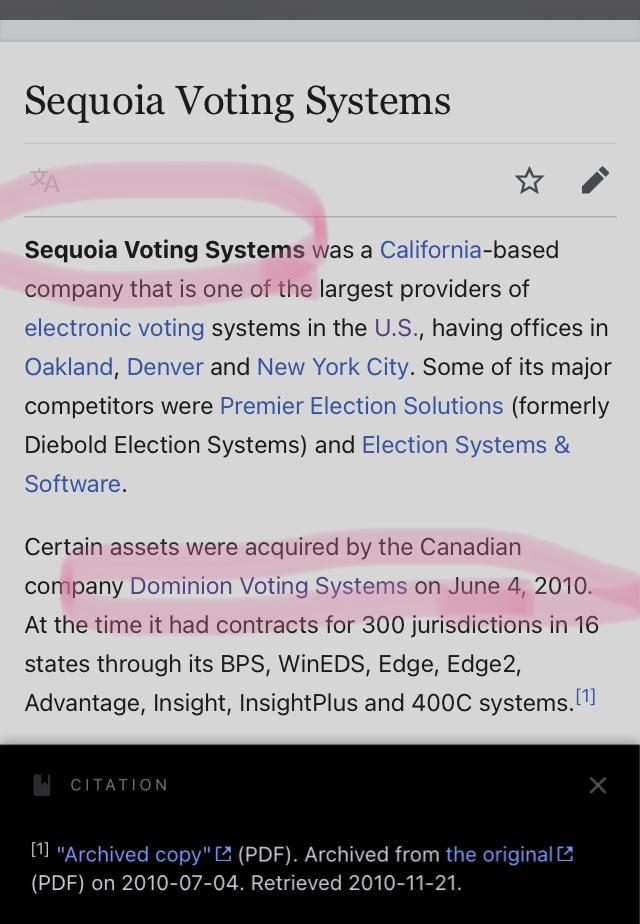 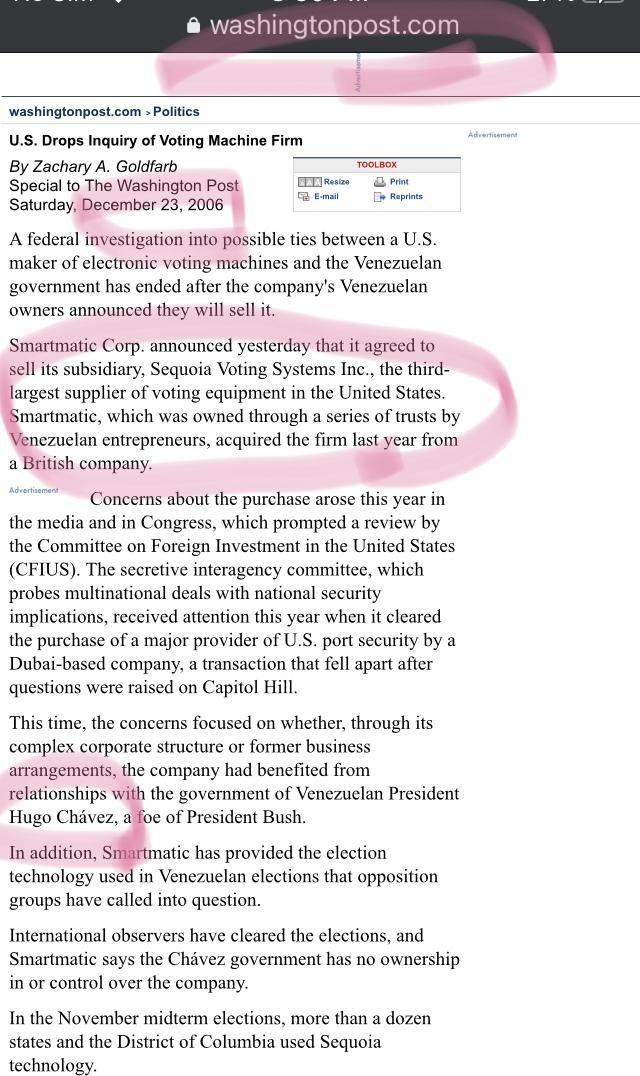 The Change name of Smartmatic to SGO Group

Smartmatic., that has tied with Dominion Voting Systems, has a UK company, and has since changed name to SGO Group in 2014. 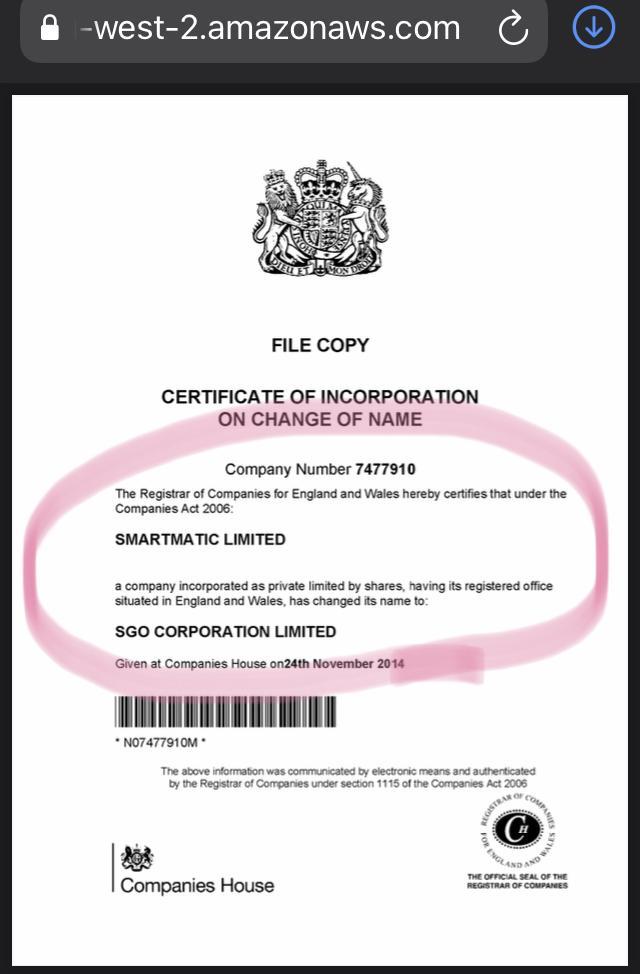 Listed directors of SGO Group are 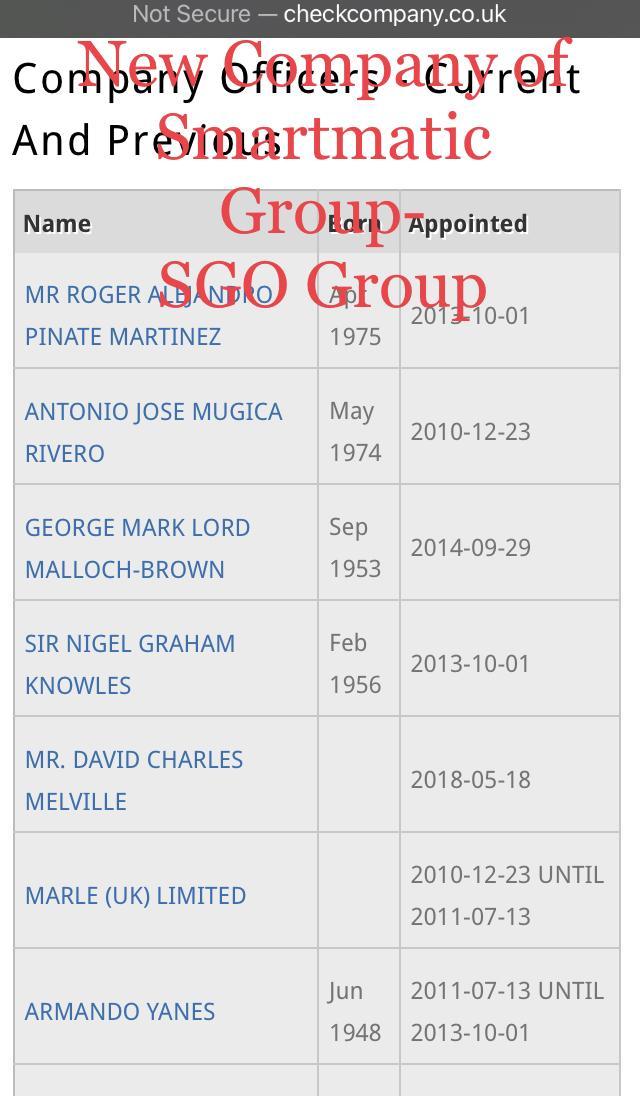 Mr Antonio Jose Mugica Rivero is listed in these following companies as a director or CEO. 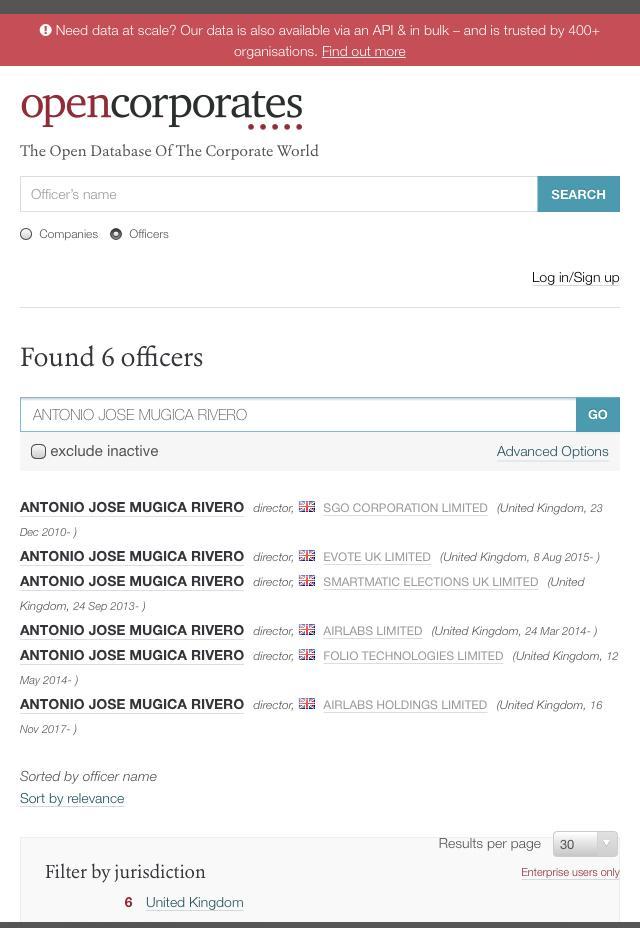 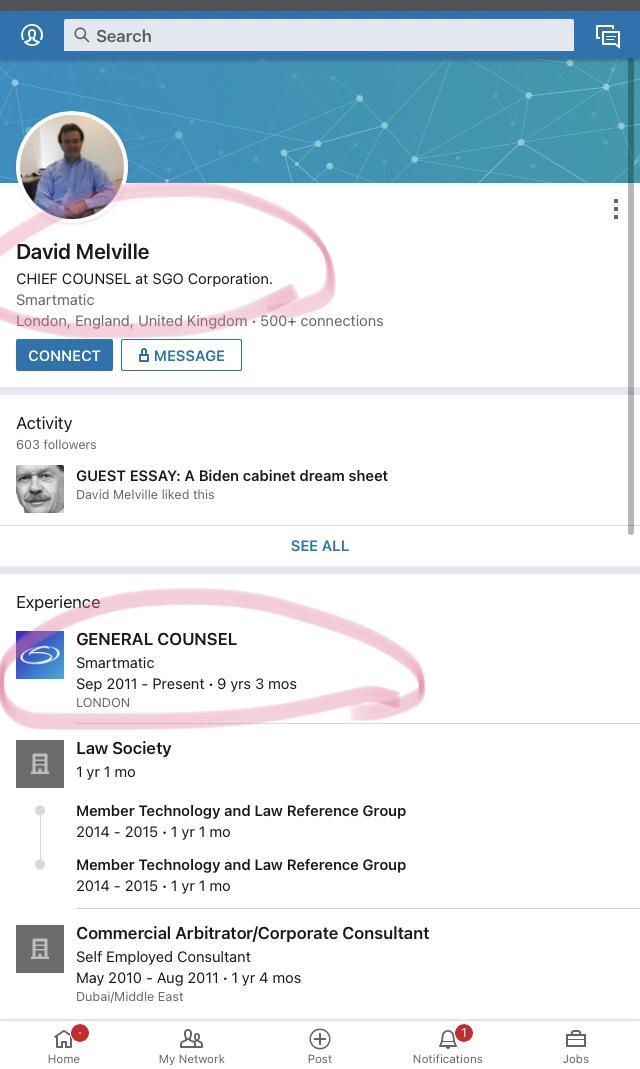 Mr. Roger Alejandro Pinate Martinez is one the three co-founders of Smartmatic. The other two are Antonio Mugica, Alfredo José Anzola, who died in an airplane crash. 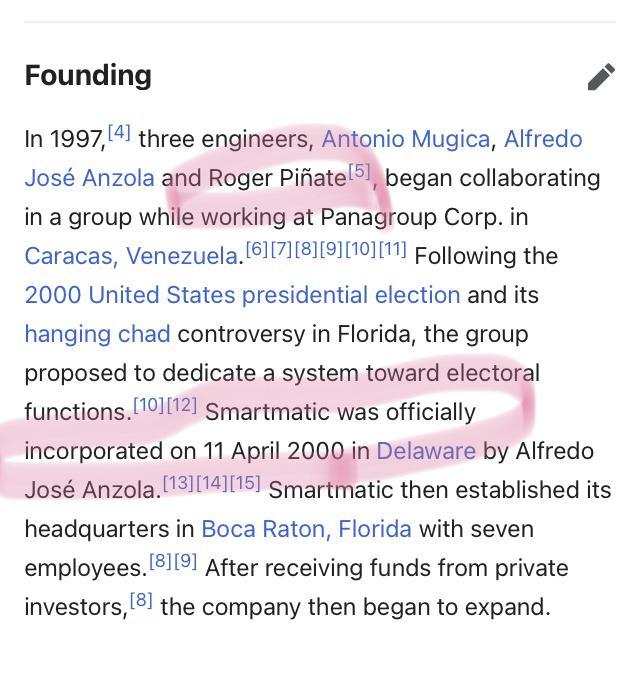 Lord Mark Mallock-Brown is the current Chairman of SGO Group. On the introduction of SGO webpage, many distinguished experiences have been listed for Lord Mallock-Brown including the cabinet member in the UK government under Prime Minister of Gordon Brown, 2nd Deputy Secretary-General of the United Nations.

He is currently Chairman of SGO. He is on the Boards of Investec and Seplat, which are listed on the London as well as Johannesburg and Lagos stock markets respectively. He is also on the board of Kerogen, an oil and gas private equity fund. He is Co‐chair of a new Global Commission on Business and Sustainable Development. He previously led FTI Consulting’s EMEA practice. 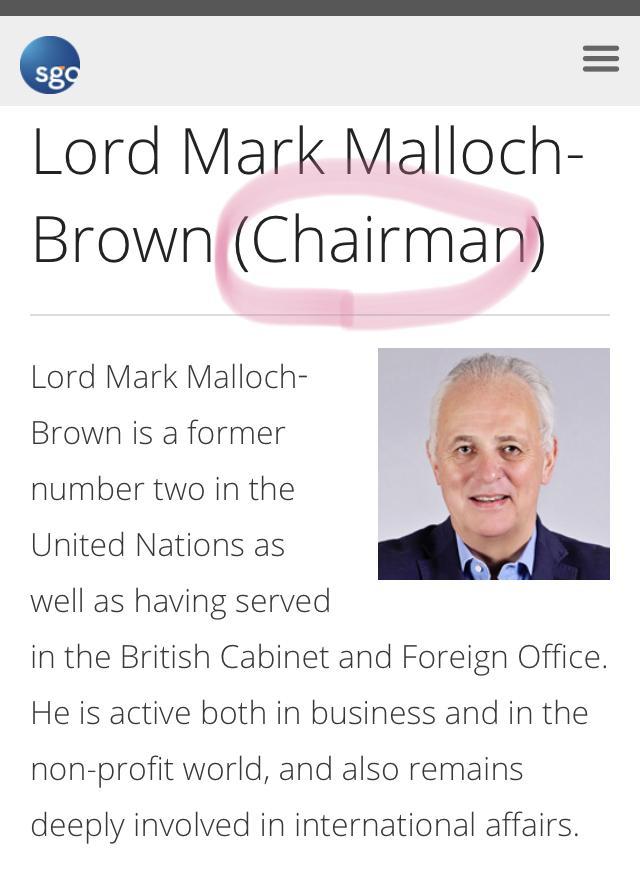 Lord Mallock-Brown is the global member of George Soros’s Open Society Foundation, not to mention Lord Mallock-Brown had been on the board of George Soros’s many other organizations or funds, such as being the vice-president for Soros’s famous Quantum Fund in 2007, and in the same year as vice-chairman for Soros Fund Management and Open Society Institute, two of important Soros organizations. 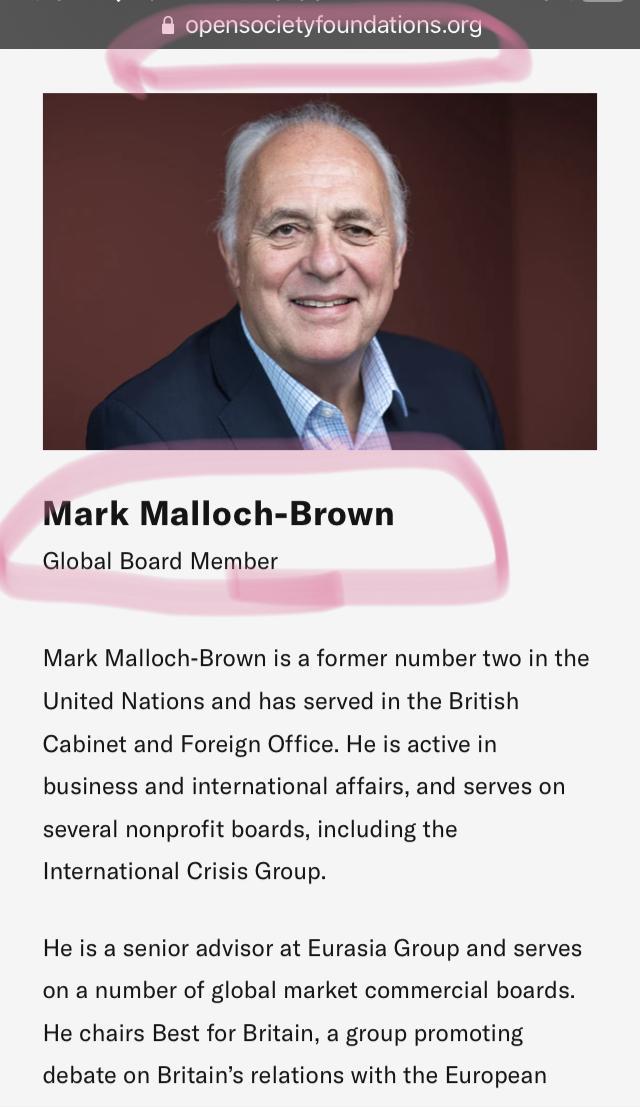 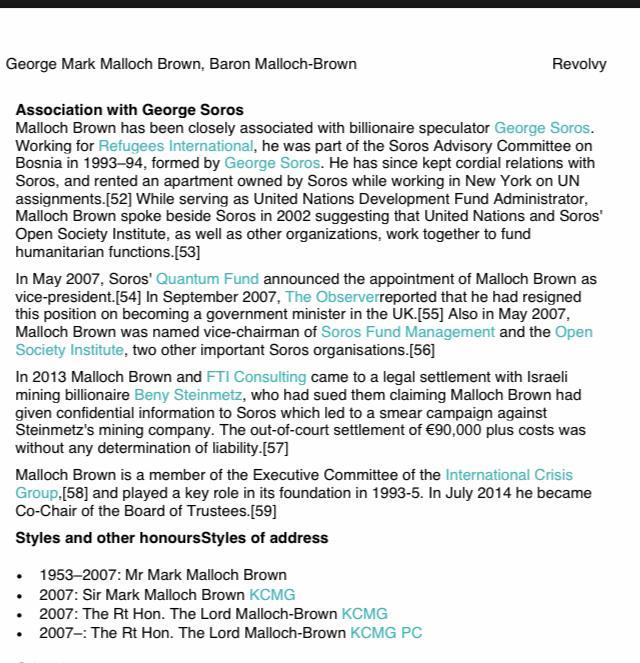 Sir Nigel Graham Knowles, sits on the Board of DLA Piper Group’s many companies. 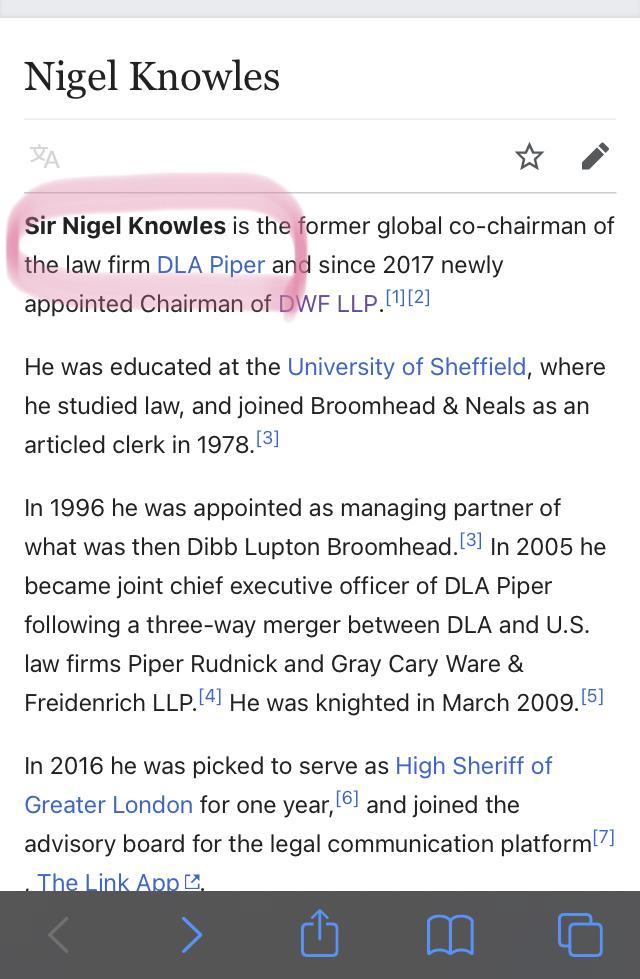 One of the partners of DLA Piper is Mr. Douglas Craig Emhoff, the husband of Kamala Harris, Mr. Joe Biden’s Vice President partner.

Mr. Douglas Craig Emhoff was a partner at DLA Piper from 2017-2020. He just quit in 2020 at the time when his wife, Kamala Harris, was running for United States Vice President with Joe Biden. 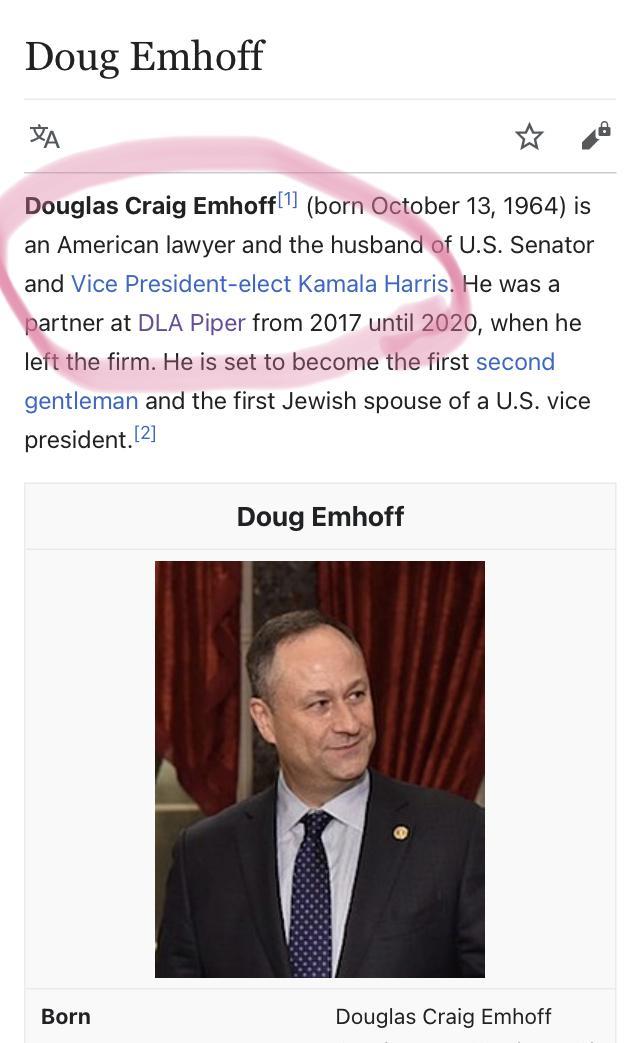